Can’t be: is closed! 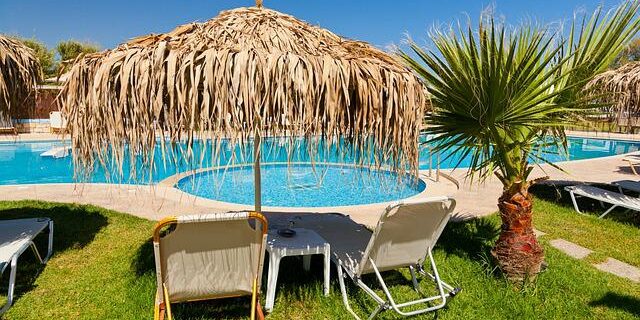 On the list for the last months was a trip to the desert, which we actually managed to do with longtime friends. After that we wanted to relax a bit and laze on the beach if already possible in April. Our favorite hotel, where we’ve stayed as a family a few times, unfortunately couldn’t be booked, so we opted for another one in the same city.

After a five-hour drive, however, the surprise came. When we pulled up to the hotel and signaled to the gate guard that we were new guests, he just said, „That’s not possible, the hotel is closed!“

We had booked and paid and received a confirmation, but the fact was and remained: This hotel was closed!

After a short discussion with our friends, we had three options: We go to a hotel of the same chain about an hour away, where the director had the gatekeeper tell us we could come. But we didn’t trust it and didn’t want to drive any longer.

Second option would be to just take a 5-star hotel and sue for the price difference later, which our friend as a lawyer thought was possible. But since we all didn’t know what the final outcome would be, that didn’t sound so good either.

Third and best option: We go to our old hotel, which had opened in the meantime and where we could count on being recognized. We chose this option and after some discussions with the hotel staff everything worked out.

For us as a family this third option was a gift to be able to say goodbye: Our daughter was really excited that we could go to „our“ hotel after all. The house was almost empty with six (as a number: 6) guests (with more than 400 rooms), but everything necessary was then quickly organized and made possible.

This website uses cookies to improve your experience while you navigate through the website. Out of these, the cookies that are categorized as necessary are stored on your browser as they are essential for the working of basic functionalities of the website. We also use third-party cookies that help us analyze and understand how you use this website. These cookies will be stored in your browser only with your consent. You also have the option to opt-out of these cookies. But opting out of some of these cookies may affect your browsing experience.
Necessary immer aktiv
Necessary cookies are absolutely essential for the website to function properly. This category only includes cookies that ensures basic functionalities and security features of the website. These cookies do not store any personal information.
Non-necessary
Any cookies that may not be particularly necessary for the website to function and is used specifically to collect user personal data via analytics, ads, other embedded contents are termed as non-necessary cookies. It is mandatory to procure user consent prior to running these cookies on your website.
SPEICHERN & AKZEPTIEREN